Oak Haven Belgians was established in 1992 by Dr. Michael Stone. He earned his Doctor of Veterinary Medicine in 1988 from Ohio State University and in 1992 opened Oak Harbor Veterinary Hospital.

At the farm he has an extensive breeding program for Belgians. Mike has three children Josh, Drew and Katie. The boys have both graduated from Ohio State and Katie is still attending.

The farm was originally situated in a small northwest Ohio town about 10 miles south of Lake Erie called Oak Harbor. In 1995 the farm was moved to its original location in Fremont, Ohio.

Oak Haven Belgians proudly breed and raise quality Belgian horses. Do not hesitate to call us for all your Belgian needs.

Learn more about our horses from WBGUTV 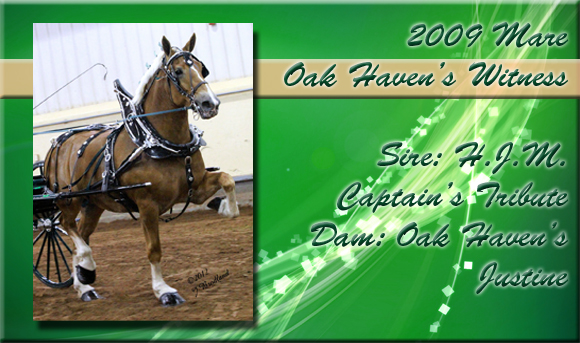